In 2005, Vladimir Ovchinnikov received Russia’s highest award and honor for musicians: the title National Artist of Russia, awarded by Russian president, Vladimir Putin. The only pianist ever to win the top prizes at both the International Tchaikovsky Competition in Moscow (1982) and the Leeds International Piano Competition (1987), Mr. Ovchinnikov is also a laureate of the Concours International de Montréal (1980).   It was his success in Leeds that established his international career, beginning with a triumphant debut performance in London in the presence of Her Majesty the Queen Elizabeth II. 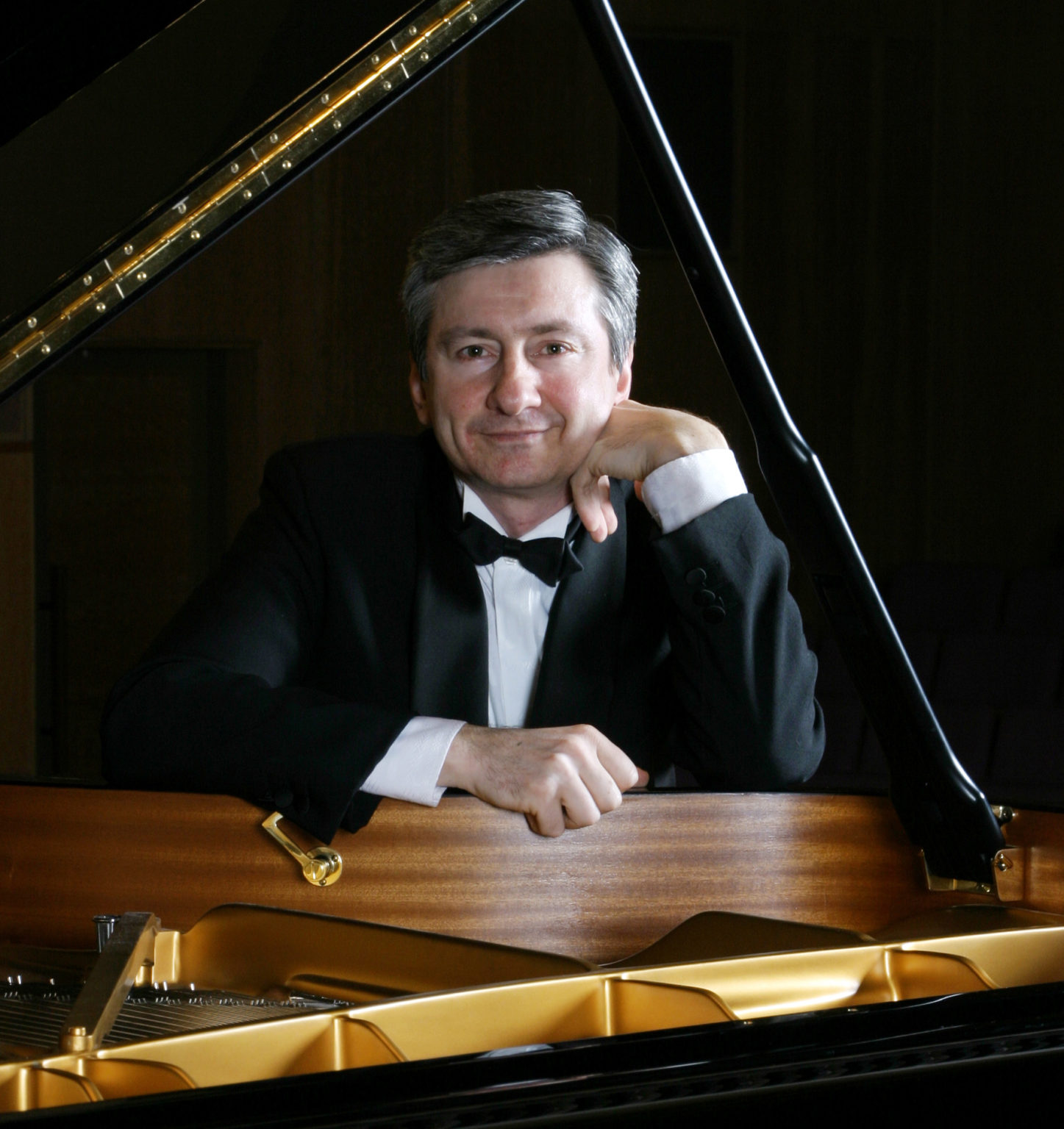 Among Mr. Ovchinnikov’s recordings, there are three albums for EMI Classics considered to be the best available sets: Liszt Transcendental Etudes, Rachmaninov Etudes Tableaux and Prokofiev 9 Piano Sonatas. He has also made outstanding recordings of Mussorgsky’s Pictures at an Exhibition and Shostakovich’s First Piano Concerto with Maxim Shostakovich and Philharmonia Orchestra for Collins Classics.

Vladimir Ovchinnikov follows the tradition of the famous Russian piano school of Heinrich Neuhaus, having graduated from the Central Special Music School of Moscow in the class of Anna Artobolevskaya and the Moscow Conservatory, where he studied with Alexey Nasedkin.

Director of the Central Music School of the Tchaikovsky Conservatory in Moscow from 2011 to 2016, for several years he has also been a visiting professor of piano at the Royal Northern College of Music in England. He is currently professor of piano at the Moscow Conservatory and visiting professor at the Sakuyo University in Japan. He has also been juror of numerous international piano competitions and Chairman of the jury of the Tchaikovsky International Piano Competition in Moscow.

This website uses cookies to improve your experience while you navigate through the website. Out of these, the cookies that are categorized as necessary are stored on your browser as they are essential for the working of basic functionalities of the website. We also use third-party cookies that help us analyze and understand how you use this website. These cookies will be stored in your browser only with your consent. You also have the option to opt-out of these cookies. But opting out of some of these cookies may affect your browsing experience.
Necessary Always Enabled

Any cookies that may not be particularly necessary for the website to function and is used specifically to collect user personal data via analytics, ads, other embedded contents are termed as non-necessary cookies. It is mandatory to procure user consent prior to running these cookies on your website.