The Van Baerle Trio was founded in 2004 by pianist Hannes Minnaar, violinist Maria Milstein and cellist Gideon den Herder. The trio takes its name from the street where it all started: Van Baerle Street, Amsterdam. The three musicians met there whilst studying at the Conservatorium van Amsterdam, a stone‘s throw from the Concertgebouw, which they now consider their musical home.

The Van Baerle Trio was formed under the guidance of Dmitri Ferschtman and received lessons from Ferenc Rados and Claus-Christian Schuster, among others. Their encounter with Menahem Pressler in 2008 was a huge inspiration to the three musicians, who subsequently played for him on several occasions.

After winning the 2011 Vriendenkrans Competition in the Concertgebouw and performing there on numerous occasions since, the Van Baerle Trio was promoted by the Concertgebouw as ECHO Rising Stars 2013/14, a tour which took the trio to major venues across Europe, including Vienna‘s Musikverein, the London Barbican, Cité de la Musique in Paris, L‘Auditori in Barcelona and the Philharmonie in Cologne. The Van Baerle Trio had already established its international reputation, after being awarded top prizes at the ARD International Music Competition in Munich in 2013 and the Lyon International Chamber Music Competition in 2011, as well as receiving the audience prize at both contests, and winning the Kersjes Prize in 2012, the highest chamber music award in the Netherlands.

The Van Baerle Trio’s highly praised discography has featured a debut CD of works by Saint-Saëns, Loevendie and Ravel, which received an Edison Award in 2013. This was followed by an album dedicated to Mendelssohn’s piano trios, including the world premiere recording of the early version of his Piano Trio in D minor. Most recently the trio has recorded all the Beethoven piano trios, with the final disc, the Triple Concerto with the Residentie Orkest The Hague under the baton of Jan Willem de Vriend, released in Spring 2020. 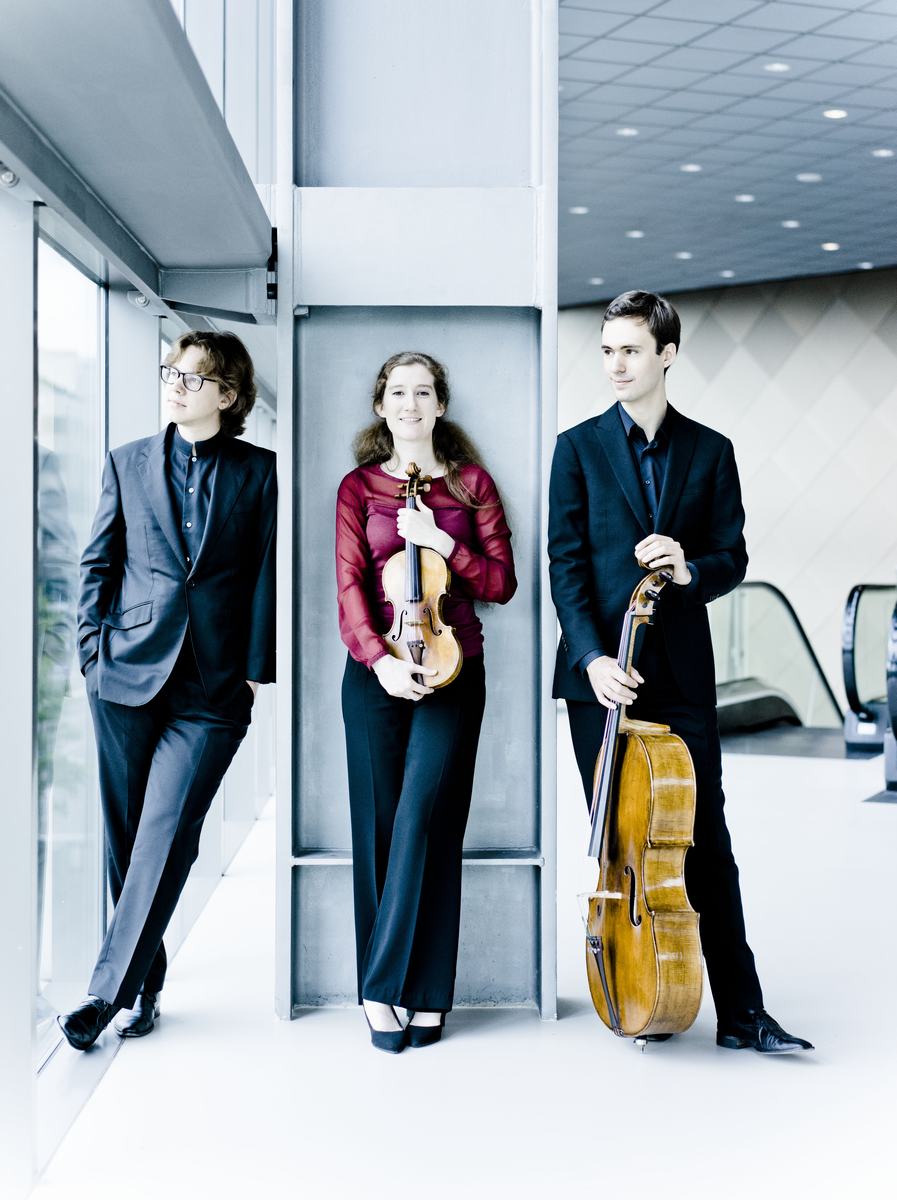 Maria Milstein plays a violin by Michel Angelo Bergonzi and Gideon den Herder plays a cello by Giuseppe dall‘Aglio, both kindly on loan from the Dutch Musical Instruments Foundation.

Eager to share their experience with the next generation of musicians, members of the trio have been teaching at the Conservatorium van Amsterdam since 2014.