Thomas Sanderling can look back on a career of more than 50 years as a celebrated conductor that has taken him to all the great stages of the world. He has received numerous awards for his artistic achievements, concert and opera conducting and numerous recordings. Under his direction, several instrumental and stage works by composers such as Shostakovich, Weinberg and Gubaidulina were premiered.

Since 2017 he has been principal conductor of the Novosibirsk Philharmonic Orchestra.

Thomas Sanderling was born in 1942 in Novosibirsk, Russia, as the son of exiled conductor Kurt Sanderling. He grew up in St Petersburg, where his father was permanent conductor of the St Petersburg Philharmonic Orchestra. After graduating from the Music School of the Leningrad Conservatory, he continued his education in Berlin at the Hans Eisler Academy of Music and made his debut as a conductor in 1962.

At the age of 24 he became musical director of the Halle Opera House. Already at this time he frequently gave guest performances with leading orchestras and opera houses such as the Dresden Staatskapelle, the Leipzig Gewandhaus and the Komische Oper in Berlin.

His CD of Shostakovich’s Michelangelo Suite (premiere recording) directly lead to his becoming assistant to both Herbert von Karajan and Leonard Bernstein.

In the early 1980s he became permanent guest conductor of the Deutsche Staatsoper Unter Den Linden, which led to his successful debut at the Wiener Staatsoper, conducting Die Zauberflöte. Immediately afterwards the Wiener Staatsoper invited him to conduct Le Nozze di Figaro – the first performance after the death of the great Karl Böhm. This made him known worldwide and heralded his international career, which took him to such important opera houses as the Teatro La Fenice, the Bolshoi Theatre, the Mariinsky Theatre, the Royal Opera Copenhagen as well as to the state operas in Berlin, Hamburg and Munich. In 2013, Opernwelt magazine named his production of Mieczysław Weinberg’s Der Idiot (after Dostoevsky) the “World Premiere of the Year”. 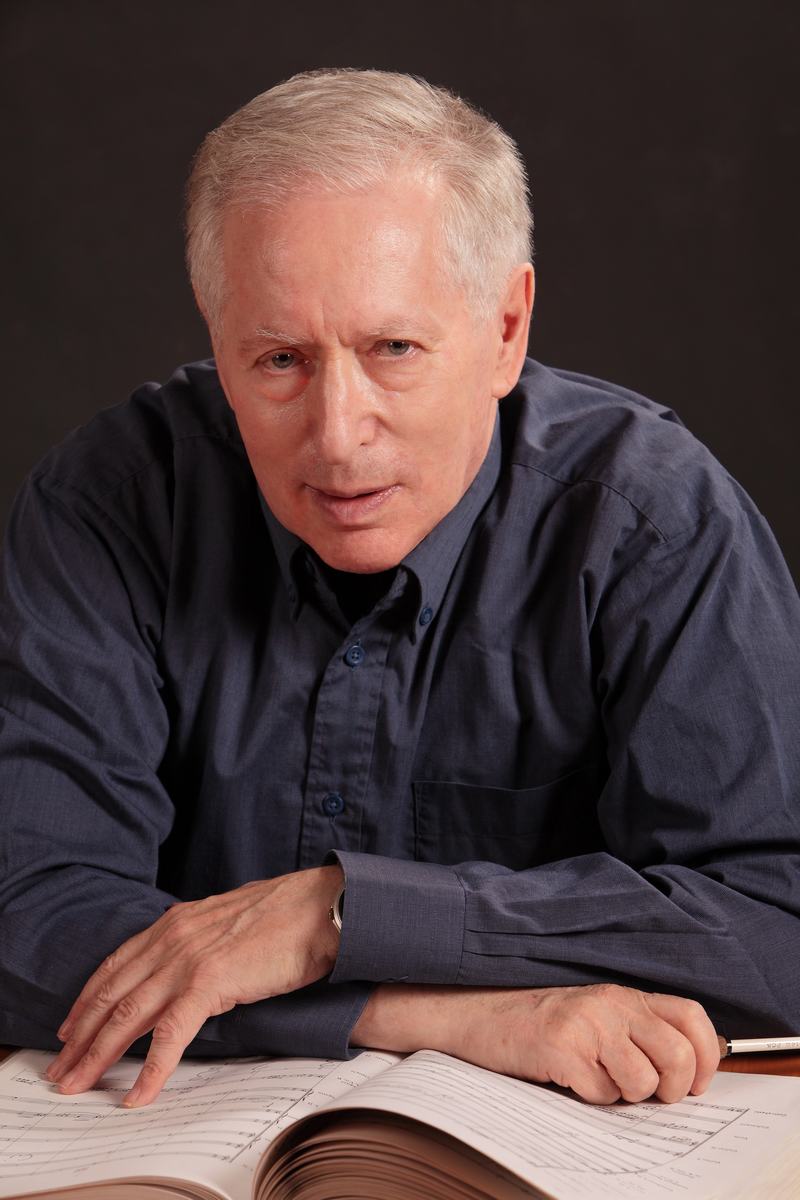 He has a particularly close relationship with the Saint Petersburg Philharmonic, with whom he performs regularly. The Osaka Symphony Orchestra awarded him the title of a lifetime music director laureate.

He has enjoyed a close relationship with Dmitri Shostakovich and his family for many years and still works in close collaboration with Irina Shostakovich. He originally met Dmitri Shostakovich whilst making his Moscow debut, conducting the State Orchestra of Russia, on the invitation of Evgeny Svetlanov, as a result of winning a conducting competition in East Germany. Greatly impressed, Shostakovich entrusted him with the translation into German of the texts of his 13th and 14th Symphonies; later he conducted the German premieres of both works. He also conducted the world premiere recording of the Michelangelo Suite followed by the concert premiere of two British song cycles for which he also set the original English text: Six Romances on Verses by British Poets and Anglo-American folk Songs. Both works were performed with Bayerische Rundfunk Symphony Orchestra in Munich, recorded live and released on the Orfeo label in 2012. Inspired by Irina Shostakovich, he created an Italian version of the Michelangelo Suite, which is dedicated to her. Many other compositions by Shostakovich were premiered under the baton of Thomas Sanderling or recorded for the first time on CD.

Thomas Sanderling has recorded numerous works on CD and received the highest international honours for them. In 1998 he won the Cannes Classical Award for his recording of Mahler’s 6th Symphony with the St. Petersburg Philharmonic and all of Albéric Magnard’s symphonies. The recording of Paul Kletzki’s Piano Concerto with Joseph Banowetz and the Russian Philharmonic Orchestra earned him a Grammy nomination in 2010. His two recordings of unpublished works by Shostakovich with the Russian Philharmonic Orchestra and Sergei Leiferkus for Deutsche Grammophon in 2006, which once again show him to be an excellent interpreter of the Russian composer, also received worldwide recognition and outstanding reviews (including Editor’s Choice from the renowned Gramophone magazine). Most recently he was together with Linus Roth and the London Symphony Orchestra awarded the ECHO Klassik 2017 for their recording of violin concertos by Tchaikovsky and Shostakovich.

Mozart: The Marriage of Figaro - Overture