The SONOR ENSEMBLE, founded in 2004, is one of the chamber groups with the greatest national and international projection on the Spanish music scene, and its activity has continued stable since then. Based in Madrid, it is formed almost entirely by musicians from the Spanish National Orchestra, conducted by Maestro Luis Aguirre. It has offered more than 200 concerts with performances at major festivals in Spain, and in countries such as Bulgaria, Finland, Sweden, Switzerland, China, South Korea, Russia, Italy, Portugal, Argentina, France, Iceland, Poland and Cuba.

One of its aims is the promotion of the Spanish music, especially that of the 20th and 21st centuries, through a policy of commissions to composers of recognized artistic talent. The works commissioned are premiered, incorporated into its repertoire and performed on numerous occasions, both in Spain and abroad. 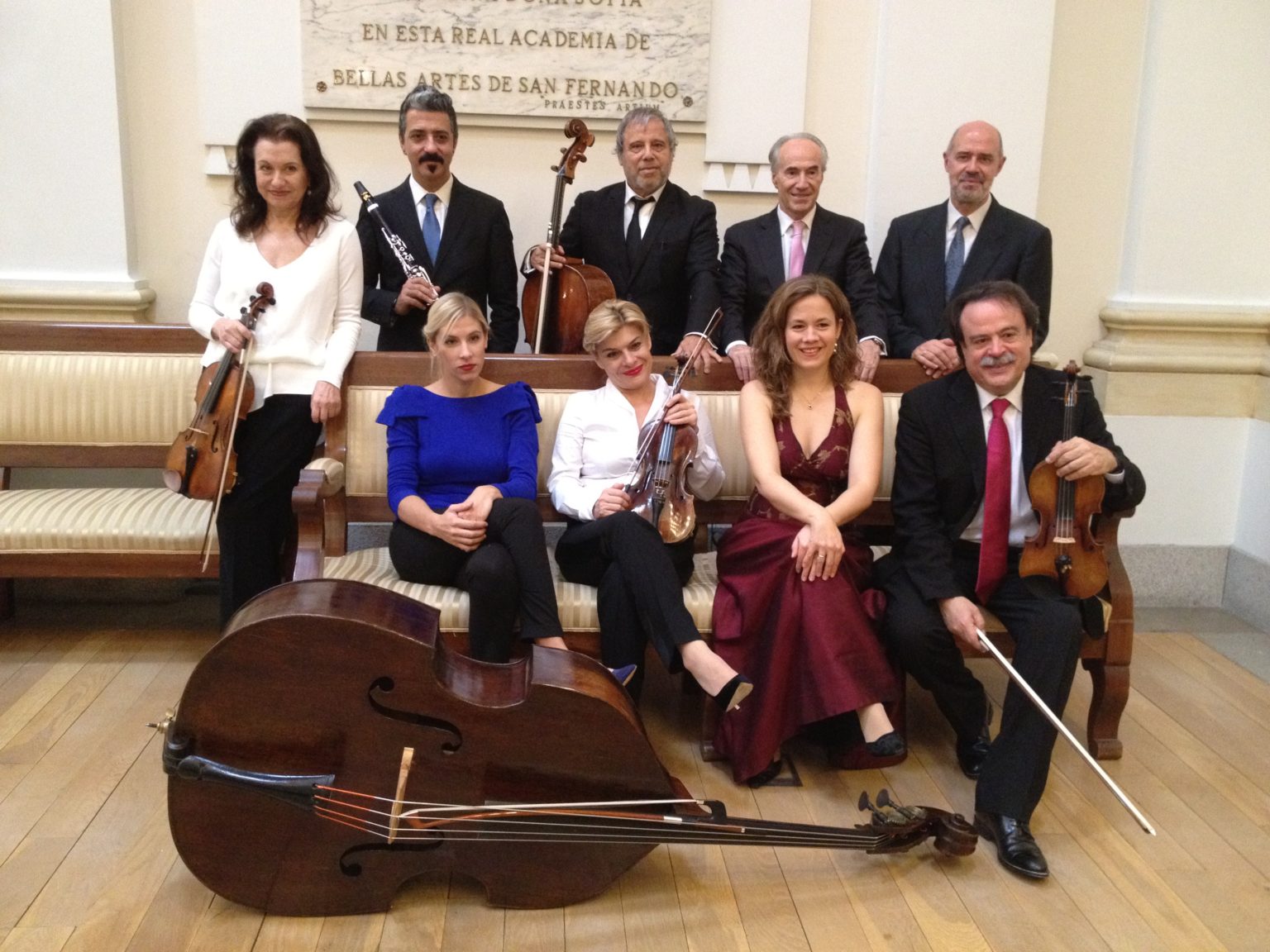 The group is committed to the diffusion of those works by incorporating them into very attractive programs for the public, so that they reach a large audience and not just a limited number of listeners.

For several years the group carried out an important pedagogical activity in collaboration with the Ministry of Culture of the Community of Madrid, offering annual series of concerts intended for thousands of students in Madrid. Invited by the Ministry of Culture of Argentina, the Sonor Ensemble also participated with concerts and educational activities in the commemorative events of the Bicentennial in Buenos Aires.

He was born in Madrid, where he studied Economics at the Madrid Autonomous University, and Piano, Composition and Orchestral Conducting at the Royal Conservatory of Music. He furthered his studies at the Guildhall School of Music and Drama in London, the Hochschule für Musik und Darstellende Kunst “Mozarteum” in Salzburg and the University of Indiana (USA).

Recently, he received the “Reyes Catholics” Gold Medal – Foro Europa, for his professional career and promotion of the Spanish music.

Boccherini: Night Music from the streets of Madrid