Sara Águeda is one of the most vibrant interpreters of historical harps of these days, and a reference in the baroque music scene in Spain. In high demand, he usually performs with the most prominent international musicians and early music groups.

She began her professional career as a stage musician at the National Classical Theater Company (CNTC), with which she participated in the following productions: Journey to Parnassus by Miguel de Cervantes, Don Gil of the Green Breeches   by Tirso de Molina, The White Hands do not Offend by Calderón de la Barca, The Condemned by suspicious, attributed to Tirso de Molina and The Dog in the Manger by Lope de Vega. Her role in these productions was to rescue the extensive repertoire of human tones and instrumental music that was part of the theatrical landscape of the Spanish Golden Century (palatial theater and corral of comedies). With CNTC she toured extensively Spain (Seville, Barcelona, Toledo, Valencia, Bilbao, Coruña, Logroño …) and abroad (Lisbon, Buenos Aires, Montevideo …). This led her to investigate more deeply about the music in the theater, developing her final project on the importance of the harp in the theatrical context of the XVI and XVII centuries in Spain. 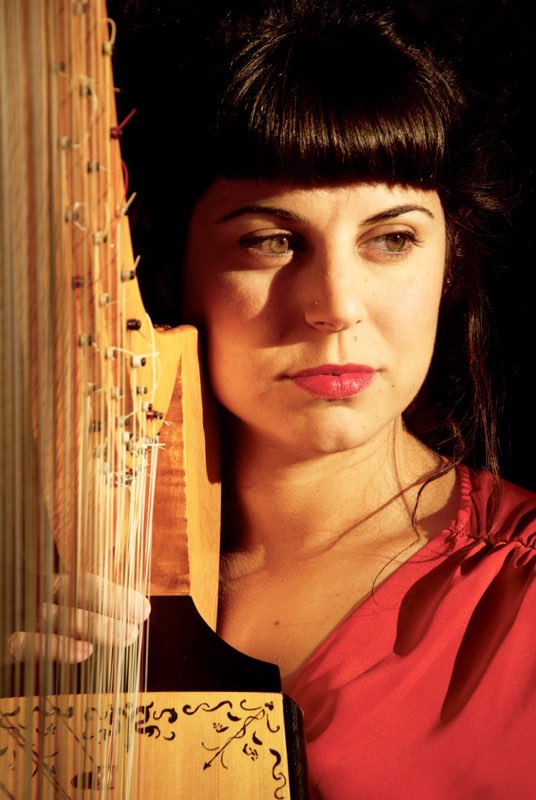 Un Viaje a Nápoles (A Trip to Naples) is her first solo album for historical harps, with the collaboration of LUZ y NORTE. Her second album El Teatro del Arpa (The Harp’s Theatre) was released in March 2017.