Group-in-residence in Auditorio de Tenerife since 2013

The Quantum Ensemble is a group in residence in the Auditorio de Tenerife, which has established itself as one of the main chamber music collectives in Spain. The ensemble is distinguished by an ambitious collection of programmes that combine a contemporary repertoire with works from the last three centuries. Since its founding, the instrumental group has shown a firm commitment to the promotion of musical creation, which has been reflected in the premiere of works written by composers Laura Vega, Gustavo Trujillo, Juan Manuel Ruiz, Gustavo Díaz-Jerez, Rubens Askenar, Kuzma Bodrov and Leonardo Balada. 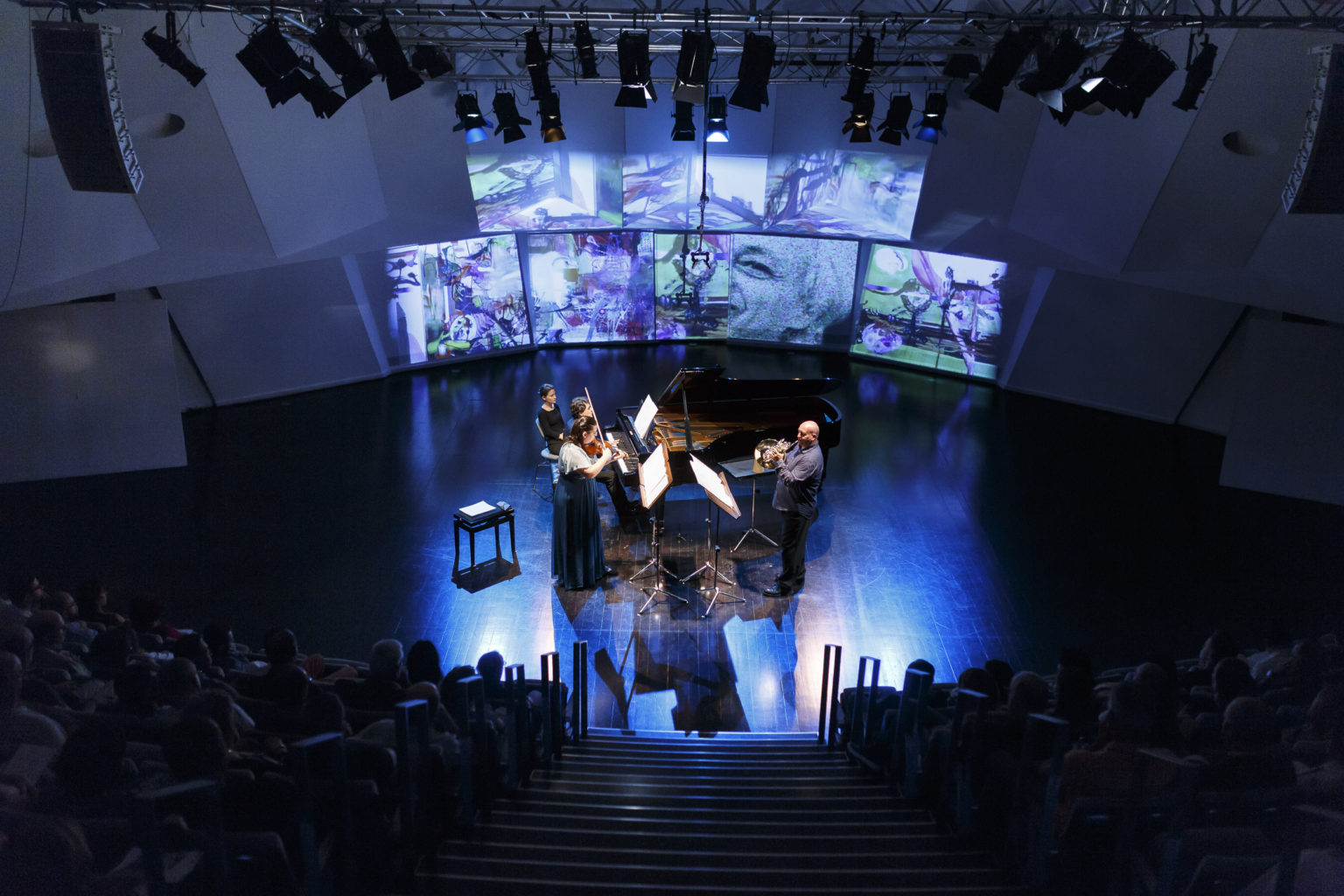 From their inception, the Quantum Ensemble has offered new perspectives regarding the programming of a lesser known repertoire. Beyond that, it is worth mentioning that a considerable number of arrangements have been created for the group, which have been enthusiastically received by their public. Among other adaptations, the most relevant are Bartók’s The Miraculous Mandarin, arranged by composer Arnon Zimra for violin, clarinet, two pianos and percussion; the Clarinet Concerto by Einojuhani Rautavaara, reduced for clarinet, two pianos and percussion by Gustavo Trujillo; and the arrangement created by Pablo Díaz, Schéhérazade by Rimsky Korsakov, for violin, clarinet, cello and piano four hands.

The Quantum Ensemble has always distinguished itself by its efforts to bring music to their public by creating complicities and meeting points between the members of the ensemble, the music they play and the audience. This spirit has motivated the musicians to make it their habitual practice to address the audience from the stage before each performance, offering a brief explanation that contextualizes the work and brings about a more intimate understanding of it. In keeping with this effort, the pre-concert talks that the Quantum Ensemble offers before each concert are often given by experts on the works to be performed, experts such as Arturo Reverter, Víctor Durà-Vilà, Miguel Ángel Marín, Martín Llade, Juan Lucas and Carlos Santos.

Through an ambitious programme of pedagogical activities, designed specifically by such specialists in the field of the dissemination of classical music as Marina Hervás, Belén Otxotorena and Eva Sandoval, the Quantum Ensemble also means to approach a younger audience. Likewise, the group also believes in the need to share the experience of chamber music with those who, due to social and economic circumstances, feel remote from or directly excluded from the experience of classical music. Accordingly, groups from ONCE, Trisomicos 21, ASPERCAN (Association Asperger Canary Islands), Pro-Childhood (EduCaixa), and many others have been invited to the ensemble’s rehearsal sessions.

The Quantum Ensemble supports the next generation of performers by organizing master classes at the Conservatorio Superior de Música de Canarias. Some of the collaborators with the group that have participated in this activity are Miguel Ituarte (piano teacher at MUSIKENE), Yuval Gotlibovich (viola teacher at ESMUC), Asier Polo (cello teacher at MUSIKENE and the Conservatory of the Italian Svizzera), Dirk Mommertz (chamber music teacher at the Hochschule für Musik und Theater München) and Donald Grant (chamber music teacher at the Royal Northern College in Manchester). Finally, among these pedagogic tasks, we must underline the one led by Cristo Barrios, a founding member of the group, whose main objective is the development of the performance capacity of students through the introduction of interdisciplinary educational innovations, among which are the use of free improvisation, and the use of conceptual tools from the contemporary philosophy of art.