“The Minetti Quartett is a musical sensation from Austria” (Der Tagesspiegel, Berlín)

Marking the Fifteenth Anniversary, the Minetti Quartett started a concert cycle during the 2017-18 season at Vienna’s newest venue, the MuTh Concert Hall situated in the city’s famous Augarten. Due to its success, they continued this series into the 2019/20 to consolidate their Viennese Roots.
Highlights of the most current seasons are appearances at the famous European concert halls such as the Wiener Musikverein, Tonhalle Zurich, Concert house in Bilbao, Spain, the Festspielhaus Baden-Baden, Mozarteum Salzburg and tours to Spain, France, Germany, Belgium, Sweden and America.

The CD Recording with 20th Century music is slated for a release soon. 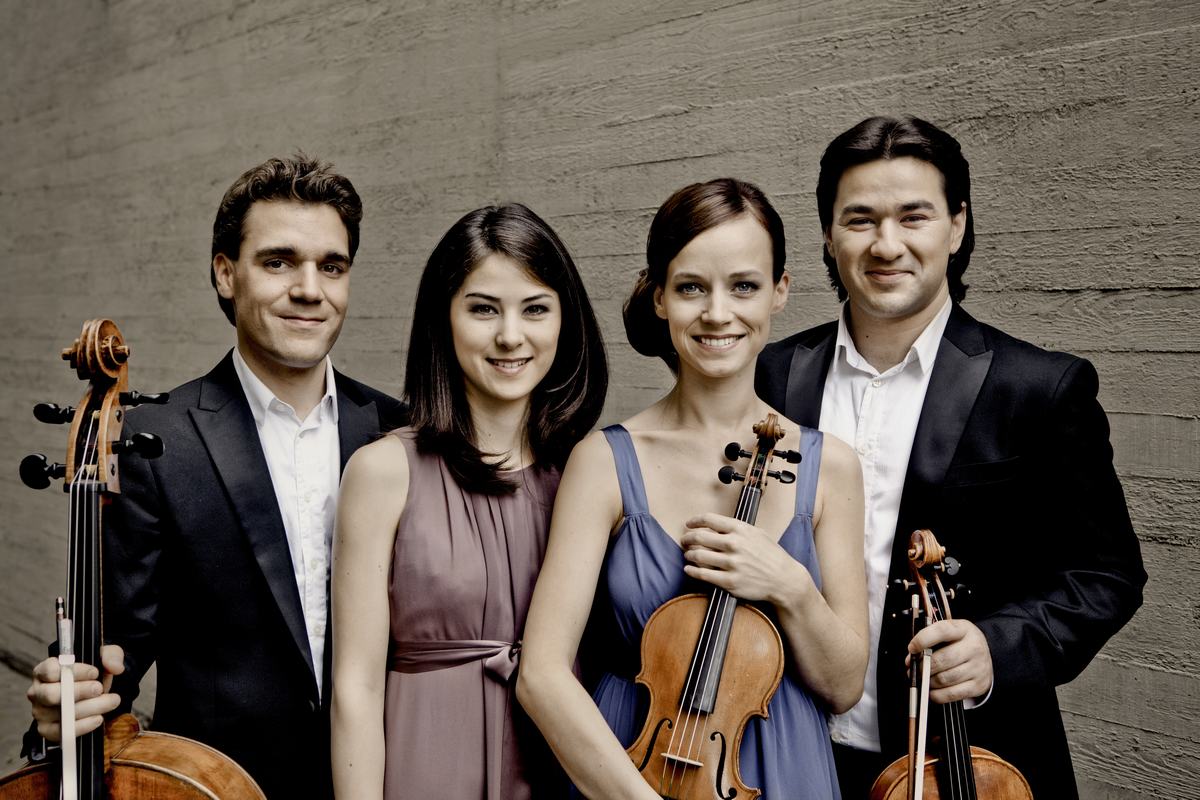 The name Minetti derives from a play by dramatist Thomas Bernhard who lived in Ohlsdorf, Austria in the Salzkammergut Region, where also the two violinists of the quartet grew up.

Since being nominated for the “Rising Stars” Award by the European Concert Hall Organization in 2008/09, the Minetti Quartett, comprising of Austrian Musicians living in Vienna, has performed in the renowned venues in Vienna, Berlin, Cologne, Amsterdam, Barcelona, Stockholm, Brussels, London.  Invitations to chamber music festivals have taken the Minetti Quartett to North, Central and South America, Australia, Japan and China. Many of their concerts have been recorded and broadcast by international radio stations.

Chamber music partners have included, Fazil Say, Till Fellner, Alois Posch, Martin Froest, Paul Meyer, Joerg Widmann, Sharon Kam, Istvan Vardai, Camille Thomas, Andreas Klein, the Mandelring Quartett and with soloists of the Vienna and Berlin Philharmonic Orchestras. As orchestra soloists the quartet has performed with the Bruckner Orchestra of Linz and with the Radio Symphony Orchestra of Vienna.
The Minetti Quartett is a winner of many international chamber music competitions such as the Schubert and Haydn Competitions and was awarded Austria’s Grosser Gradus ad Parnassum Prize, a start-up grant of the Austrian federal ministry and the Karajan Grant.

Johannes Meissl and the musicians of the Alban Berg Quartett were the Minetti Quartett’s teachers at the Music University in Vienna. They also gained crucial artistic input from Ferenc Rados, Alfred Brendel and members of the Artemis Quartett, Amadeus Quartet and the Hagen Quartett by participating at European Chamber Music Academy (ECMA) courses.

Schubert: String Cuartet no.14 in d minor "The Death and the Maiden"