Regarded as an artist of expressive refinement, luminous pulsation and great personality, Judith Jáuregui has become one of today’s most captivating Spanish pianists. British magazine International Piano has recently described her as ‘creative intuition’, ‘an imaginative artist, a strikingly individual performer who has impressed European audiences with her maturity of expression’. Likewise, in the words of the German magazine Piano News, ‘it is not only the impeccability of her performance that counts, but rather the impression of listening to a pianist who really has something to say’.

Born in San Sebastian in northern Spain, Judith Jáuregui has a multicultural background  derived from her Basque mother and her Mexican father, who grew up in France. After initial studies and a debut recital at the age of just 11, she moved to Munich to study with the distinguished Russian pianist Vadim Suchanov at the Richard-Strauss Konservatorium. 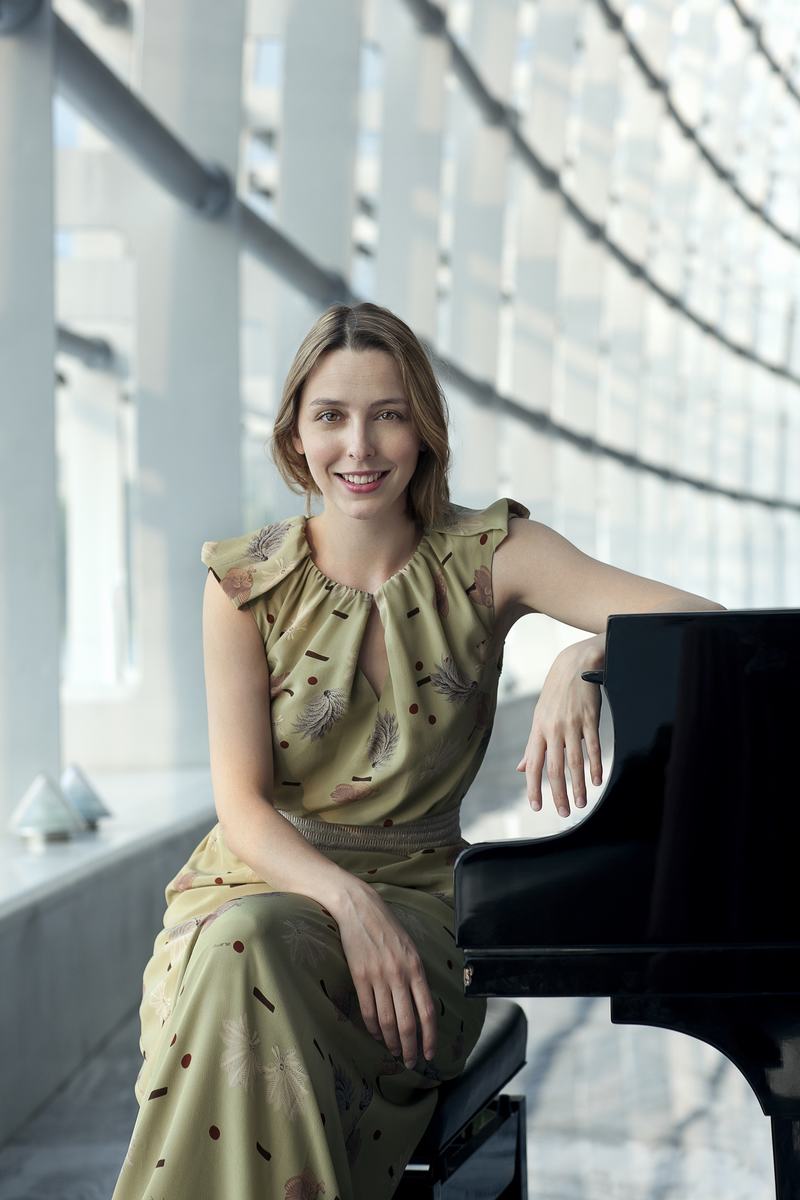 Highlights for 21/22 season include collaborations alongside the Biel Solothurn Symphony Orchestra with Kaspar Zehnder, the Castille and Leon Symphony with Gabriel Bebeselea, the ADDA Symphony with Darrell Ang, the Balearic Islands Symphony with Lina González Granados and the Murcia Symphony with Ramón Tebar amongst others. She will also join the Azahar Ensemble at the Palau de la Música in Barcelona, and will offer recitals at the Palermo Classica Festival and in some of the principal piano series in Spain such as those in Tenerife’s Auditorium, Santiago de Compostela’s Auditorium and Alicante’s Concert Society.

Her latest album Die romantische Seele with music by Robert & Clara Schumann (Ars Produktion), has been received with critical acclaim and was nominated for the 2021 Opus Klassik Awards in the Soloist Performance Category. As was her previous album, Pour le tombeau de Claude Debussy, nominated for the 2020 Opus Klassik Awards in the Live Recording of the Year Category. Her preceding discography shows her wide repertoire that includes different authors and periods: from Schumann himself, to whom she dedicated her first album released in 2010 and that was awarded at the Spanish Independent Music Awards, to other composers such as Granados, Liszt, Chopin, Falla, Mompou Albéniz, Szymanowski or Scriabin.

Judith Jáuregui is a Bösendorfer Artist.