The legendary pianist Ivo Pogorelich has marked the classical music scene of our time. His unique musical talent and innovative approach have placed him among the most original music minds of today. Pogorelich’s adventurous spirit, valued for the lucidity in his discovery of new capacities of musical expression, is cloaked in pianism of the highest aesthetic value, inimitable virtuosity and technical mastery. His evocative interpretations, shaped by a refined music taste, the likes of which are rare in our time, have broadened the horizons of the interpretation and understanding of piano literature by setting new standards for pianistic interpretation. Thanks to his uncompromising artistic criteria and dedicated search for the ideal of music expression, Pogorelich has, in over four decades of playing, realised authentic achievements, appreciated by both audiences and critics alike, while his concerts all over the world have gained the status of eagerly-awaited cult events.

Born in Belgrade in 1958, the son of a musician, Ivo Pogorelich started his musical education when he was seven, making, his solo concert debut at the very young age of 10. After his initial musical development in Belgrade, he moved to Moscow in 1970 to continue his education. He spent the following ten years there, first attending the Central Special Music School at the P. I. Tchaikovsky Conservatory, and then, between 1975 and 1980, studying at the Moscow Conservatory. A radical shift in his artistic development occurred after meeting the prominent Georgian pianist and pedagogue, Alisa Kezeradze, with whom he began an intense and fruitful professional cooperation in 1976. Thanks to her instruction about the basics of the Western tradition of the Russian pianist school, the foundations for which were set at the end of the nineteenth century by Liszt’s last pupil, Alexander Siloti, which Nina Plesceeva and Alisa Kezeradze built upon in the twentieth century, Pogorelich redefined his technique by adopting the knowledge gained from the many layers of experience of various generations of prominent piano artists. The exclusivity of this acquired knowledge, based on the generational line, the seventh after Beethoven and fifth after Liszt, would make Pogorelich stand out and guarantee him a special place in the historic constellation of world pianism. 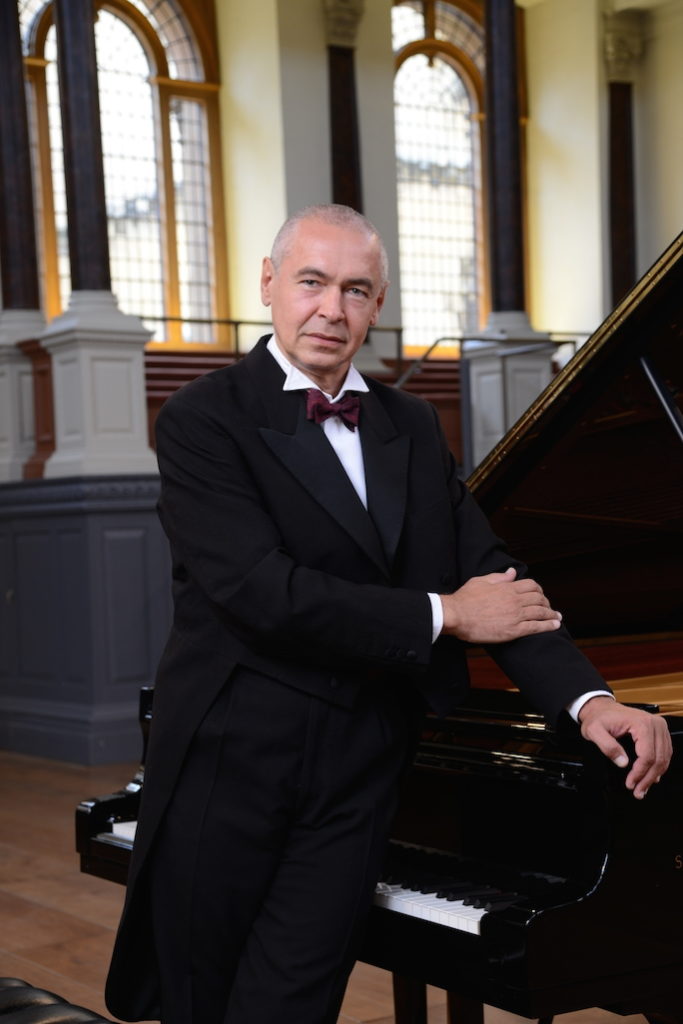 Ivo Pogorelich experienced the first in a series of major successes as early as the mid-seventies, when he won a state competition in Zagreb in 1975, closely followed by the recording of his first LP album for the Jugoton recording label with performances of works by Debussy, Prokofiev and Kelemen. Pogorelich intensified his concert activity in 1978, when, as a soloist, he went on a two-month tour around the USA with the Dubrovnik Festival Orchestra. Only a few months later saw his first important international achievement when he won the Alessandro Casagrande Piano Competition in Terni. This victory paved the way for a variety of concerts throughout 1978 in Italian music centres such as Naples and Milan, at the Spoleto Festival, as well as numerous others.

Pogorelich attracted even greater attention from the world music public in 1980 as the laureate of the prestigious 14th International Piano Competition in Montreal, where he gave a spectacular performance of Sergey Prokofiev’s Third Piano Concerto in the finals. That same year, Pogorelich also participated in the 10th Fryderyk Chopin International Piano Competition in Warsaw, where, for reasons which have never been fully explained, he was eliminated before the final round. This controversial and unfounded decision resulted in dissatisfaction among certain members of the jury, who left the competition in protest, while pianist Martha Argerich explained her decision to leave by declaring Pogorelich a genius. This event, like no other before in the history of music competitions, echoed around the world music public, who considered Pogorelich to be the real winner of this contest.

On the wave of the enormous interest he attracted at the Chopin competition thanks to his unorthodox interpretations, astounding technique and innovative approach to interpreting the literature, Pogorelich gained recognition as a pianist of exceptional capacities and, above all, contemporary spirit, and thus, responding to invitations from numerous prestigious concert houses, he was to begin an intensive series of concerts in Europe, North America, Australia and Japan. His debut in New York Carnegie Hall in 1981 was followed by sensational solo performances on the world’s most important stages, as well as those with renowned orchestras such as the Vienna Philharmonic Orchestra and Berliner Philharmoniker, the London, Boston and Chicago Symphony Orchestras, the New York and Los Angeles Philharmonics, and the Tonhalle and Cocertgebouw orchestras to name but a few.

At the same time, Pogorelich also dedicated himself to making studio recordings. His debut LP album, “Chopin Recital”, recorded for Deutsche Grammophon in 1981, became a best-seller soon after its release, and the following year, as the label’s exclusive artist, Pogorelich started to record continuously. Ivo Pogorelich’s rich discography, which to date totals 14 albums and 3 videos with interpretations of pieces from a wide stylistic range, from the music of baroque composers to those of 20th-century artists, is unique in terms of its consistency of the interpretative concept in every single album. These extraordinary editions of anthological value and cult status in classical music discography have gained an enormous number of listeners all over the world, remaining in the label’s catalogue for years, through various reissues, some even for decades after their initial release.

Nurturing the artist’s cult status, Deutsche Grammophon released a double CD in 2006 with compilations of his interpretations, titled “The Genius of Pogorelich”, followed by a box set in 2015 with the albums Pogorelich recorded for this label between 1981 and 1998. This integral insight into the pianist’s extraordinary discography was awarded the prestigious French Diapason d’Or award shortly after its release.

A year later, in 2016, maestro Pogorelich made new recordings of Ludwig van Beethoven’s pieces in cooperation with the Idagio streaming platform, thus becoming the first classical musician to focus on this form of technologically high-quality production and distribution of music recordings.

In addition to his forty-year-long rich and diverse professional career on the world’s stages, Ivo Pogorelich is also socially engaged, primarily in humanitarian work and helping young artists. In order to support young musicians, Pogorelich set up the Fund for Young Musicians in Zagreb in 1986, aimed at financing their professional education abroad. He also founded the “Ivo Pogorelich” international music festival in Bad Wörishofen in Germany in 1989, which, throughout the nine years of it existence, fulfilled the mission of supporting a great number of young musicians, as well as ensembles and orchestras, on their road to international affirmation. For his versatile engagement in promoting the highest values of culture, art and education in the widest international context, Pogorelich was the first classical musician, to receive the honour of being named UNESCO’s Goodwill Ambassador in 1988. In his attempts to further contribute to raising the professional criteria and values system in the field of pianistic art, Pogorelich set up the “Ivo Pogorelich International Solo Piano Competition” in Pasadena, USA, in 1993.

Continuing on from the ideas behind the manifestations in Bad Wörishofen and Pasadena, the “Manhattan International Music Competition” was established in New York’s Carnegie Hall in 2016. In homage to the great pianist’s pioneering work, the competition appointed Ivo Pogorelich its honorary president and named the main prize after him.

Cultivating the spirit of the European cultural tradition to which he belongs with its pianistic heritage and artistic contributions, maestro Pogorelich continues to perform capital pieces of solo and concert piano literature on the stages of Europe, North and South America and the Far East. This impressive repertoire, to which new pieces are constantly being added, has over the past few years focused on the voluminous piano cycles by Schumann, Brahms, Debussy, Ravel, Rachmaninov and Stravinsky, as well as those of Chopin, Schuman and Rachmaninov, delighting both critics and audiences worldwide.

In the 2018/2019 season, in which virtuoso Pogorelich celebrates both his 60th birthday and 40 years of his career, the Japanese state broadcaster NHK has completed a feature-length documentary dedicated to the cult pianist, filmed at the historic sites of the town of Nara, which this year celebrates 20 years on UNESCO’s World Heritage List.

Maestro Pogorelich’s concert activity in the current season includes performances during his solo tour of the Far East (China, Taiwan and Japan), France and Spain, as well as numerous other concerts and projects on European stages, where Pogorelich is to play the jubilee programme including pieces by Mozart, Schuman and Liszt.

Among other activities, Ivo Pogorelich is currently making studio recordings of his vast repertoire.