Charismatic Malaysian-born conductor Harish Shankar enjoys an ever-increasing global presence on the podium. From season 2019/20 he is First Kapellmeister at the Meininger Staatstheater and General Music Director at the Theater Erfurt, in Germany. Previously held positions including First Kapellmeister at the Theater & Philharmonisches Orchester Vorpommern and and Resident Conductor of the Malaysian Philharmonic Orchestra.

Hailed for his finely-honed skill and passionate conducting, Mr Shankar was a prize winner of the 2015 International Jorma Panula Conducting Competition. Recently, Harish made his debuts with the Royal Philharmonic Orchestra, the Orchestra and Chorus of Opera North as well as the Orchestra of the Landestheater Coburg, where he also conducted Bizet’s Carmen. 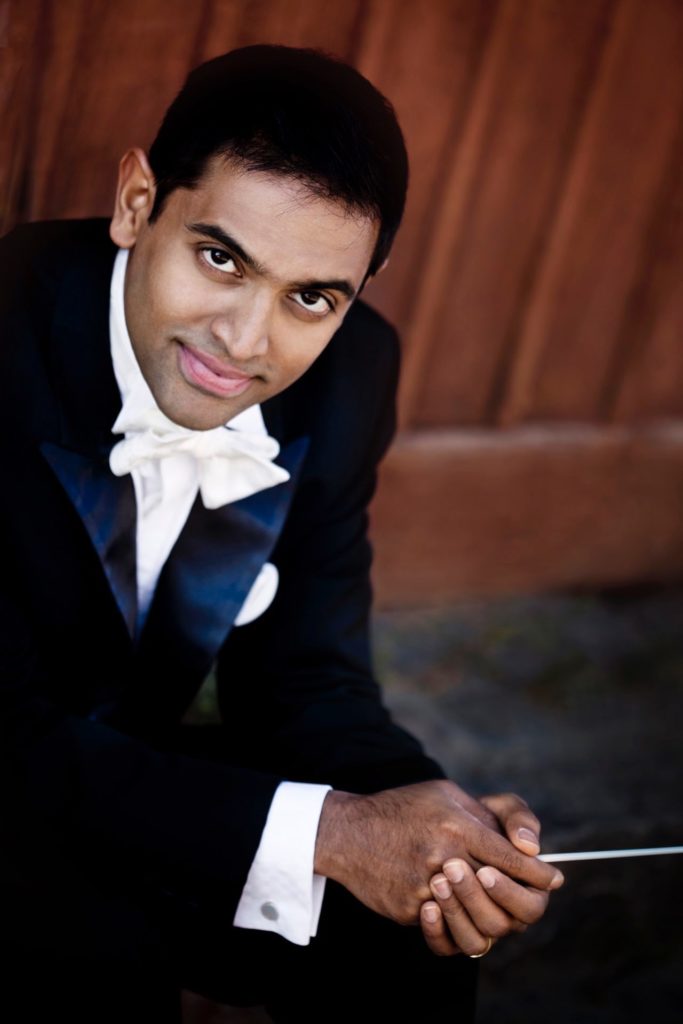 As assistant conductor he has worked closely with some renowned conductors including Sir Andrew Davis, Vasily Petrenko, Eckehard Stier and Juanjo Mena and collaborated with the BBC Philharmonic, Royal Liverpool Philharmonic and Auckland Philharmonia orchestras.

After graduating in conducting from the prestigious Weimar Conservatoire in Germany (under the tutelage of Professor Gunter Kahlert), Harish Shankar also received mentorship from Paavo Järvi, Clark Rundell and Mark Heron with masterclasses from Nicolás Pasquet, Leonid Grin and Mark Stringer.

As a strong believer in music education, his early studies with Maestro Eiji Oue in Hannover, subsequently led to an invitation to lead the orchestra of the award-winning El Sistema project in Peru. During his tenure with El Sistema, he conducted regular and cross-over projects with the aim to engage a growing classical music scene and to bring together children from all walks of life through music.

Shostakovich: Symphony no. 5 in d minor

Schubert: Symphony no. 9 in C major "The Great"