Ellinor D’Melon was born to Cuban parents in Jamaica and started to learn the violin at the age of two. Still only twenty, she has performed widely, including under the baton of respected maestros, such as Zubin Mehta, Vladimir Spivakov, Jaime Martin, and Zakhar Bron, among others. Concert engagements have taken her to many prestigious concert halls, such as the Berliner Philharmonie, Mariinsky Theatre Concert Hall, National Auditorium in Madrid, Concertgebouw in Amsterdam, Cologne Philharmonie, Tonhalle Zurich, Sala Verdi Milano, Baltic Hall in Gdansk, and many others.

Ellinor has participated in the Verbier, Gstaad and Schlesswig-Holstein Music Festivals, as well as Musical Olympus, Interlarken Classics and Wieniawski Festivals among others.

More recently she performed the Bach Double Concerto alongside Anne Sophie Mutter, and with the Gävle Symphony Orchestra in Sweden with Jaime Martin, where she returned in the 2018/19 season for a performance of Brahms’ Violin Concerto. Other highlights of the season include her French debut alongside the orchestra of Opéra de Massy, Sofia Philharmonic with Jan Latham Koenig, again with Brahms, Cadaques Orchestra in Barcelona, and her UK recital debut in the Royal Albert Hall’s prestigious Elgar Room. 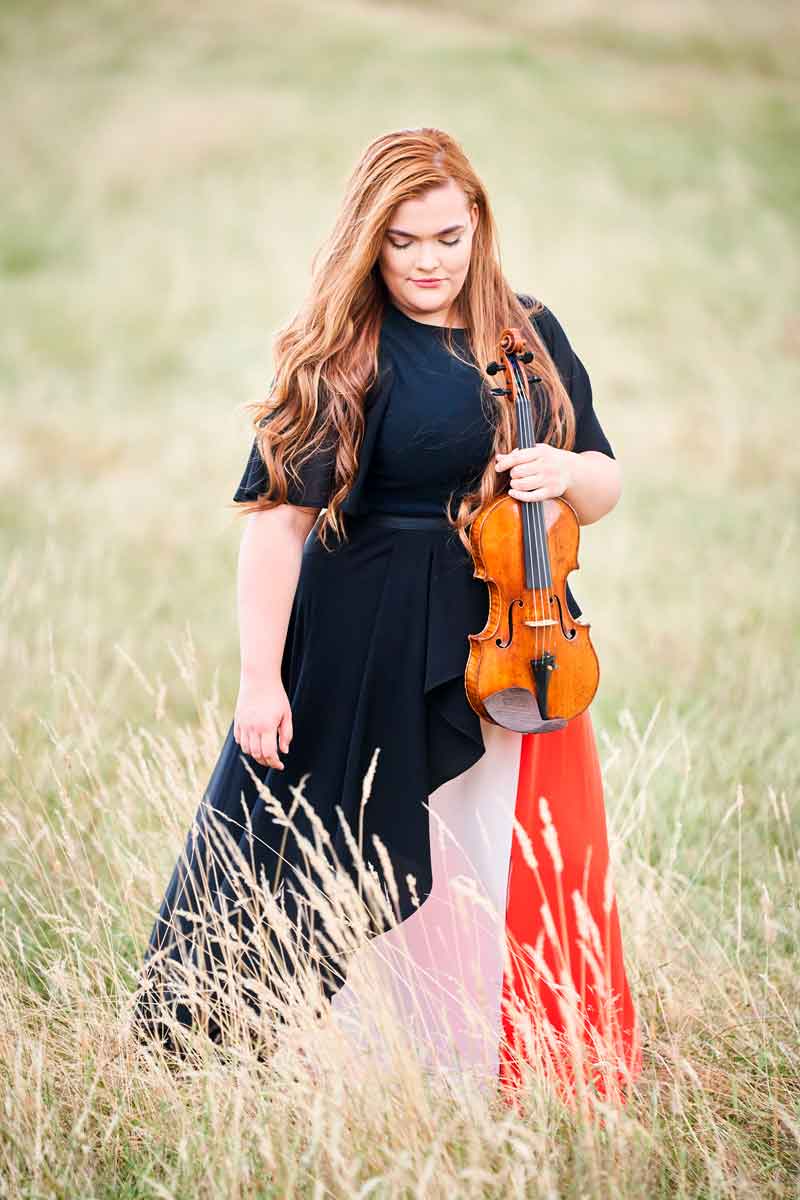 Since 2011 Ellinor studies at the Reina Sofia School of Music with Professor Zakhar Bron, where she holds the Helena Revoredo and Albeniz Foundation Scholarships, and joined the Zakhar Bron Academy in 2013.

Ellinor plays on a Giovanni Baptista Guadagnini Violin from 1743 on a kind loan from an anonymous donor from London.