Cristo Barrios has developed an illustrious international career as a soloist and chamber musician, which combines classical and romantic repertoire with new creations and a particular interest in 20th-century music. Besides, his performances for clarinet, dancers and free improvisation are much in demand and show him as a versatile and unique artist.

His soloist career has led him to perform in some of the most prestigious concert halls, such as Auditorio Nacional in Madrid, Palau de la Música in Barcelona, Wigmore Hall and Cadogan Hall in London, Konzerthaus in Berlin and Viena, Concertgebouw in Amsterdam and Carnegie Hall in New York.

As a chamber musician he has appeared with the Elias, Minetti, Endellion, Arditti and Brodsky string quartets and with soloists Asier Polo and Maxim Rysanov.

Cristo plays with Quantum Ensemble since 2013, a chamber ensemble of which he is a founding member, and which is distinguished by an ambitious way of programming that combines the contemporary repertoire with works from the last three centuries.

His commitment to contemporary music and also to the creation of new works for his instrument led him to give a number of world premieres, including Gustavo Díaz-Jerez’s Symphonic Poem Ayssuragan with the Tenerife Symphony Orchestra conducted by Antoine Marguier, and Nino Díaz’s Second Clarinet Concerto with the Mariinsky Symphony Orchestra conducted by Valery Gergiev. 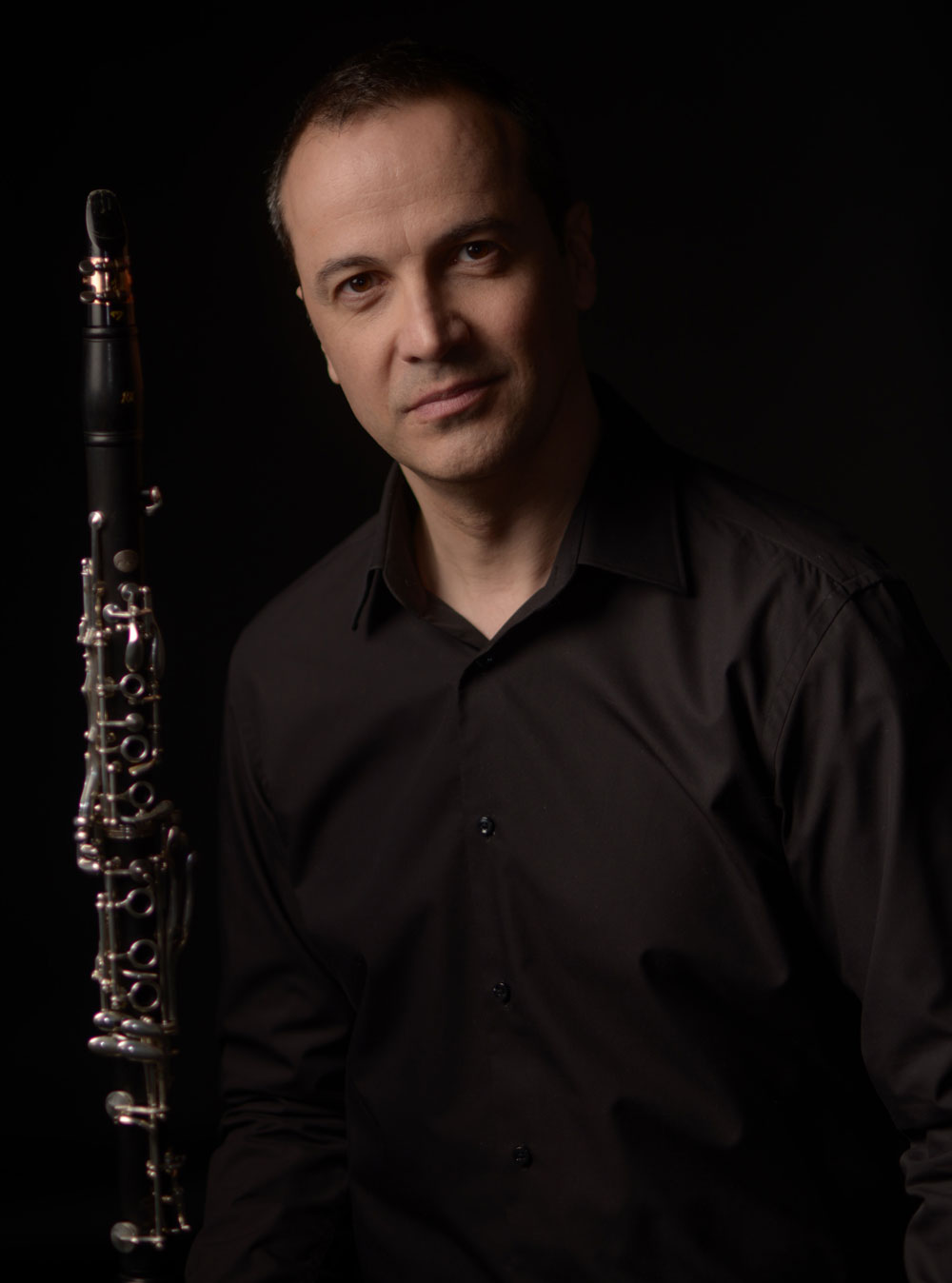 His interests not only in relation to contemporary compositions, but also regarding the theoretical matters (from the disciplines of musicology and philosophy) which underpin the collaborations between the composers and soloists, took him to develop an ambitious doctoral research. This research project allowed him to work in depth on some of the key works in the recent repertory for clarinet in direct contact with composers such as Einojuhani Rautavaara, Helmut Lachenmann, Kaija Saariaho and Jörg Widmann. The completion of this research project resulted in his being awarded a PhD in musicology by the Complutense University in Madrid.

His recording projects stem from his passion for providing new musical creations to as broad an audience as possible, along with his enthusiasm for developing personal interpretations of the established repertory. Thus, Cristo Barrios recorded The Voice of the Clarinet (Divine Art Records), a CD with original transcriptions of lieder; 20th Century Music for Clarinet (Metier Records), which includes works by Bernstein, Bax, Berg, Brotons and Honegger; and IAMUS (Melomics Records), a CD with music created through an innovative project at the University of Málaga involving composers, musicians and scientists.

As for his teaching career, Cristo Barrios has given master classes at the Metropolitan Symphony Orchestra Superior Conservatory in Lisbon, the University of Arts in Zürich, the Strasbourg Conservatory, the Norwegian Academy of Music, the Sibelius Academy in Helsinki, the Cologne Conservatory, the Liszt Academy in Budapest and the Amsterdam Conservatory. His pedagogic endeavours are remarkable for the employment of new methodologies that introduce interdisciplinary innovations including the use of free improvisation, singing and dance in order to improve the performance skills of his students.

Cristo Barrios is honorific associate of the Royal Academy of Music in London and is currently teaching at the Centro Superior Katarina Gurska and at the Universidad Alfonso X El Sabio (Madrid). He is a Buffet Crampon, Vandoren and Silverstein artist and he has been working with the clarinet maker René Hagmann, who has made significant advances in his clarinets.