Capilla Jerónimo de Carrión was founded in 1997 by Alicia Lázaro and it is linked to the Music Research Section of the Don Juan de Borbon Foundation in Segovia. It consists of a stable ensemble of singers and instrumentalists specialized in the performance of historical music from the 17th and 18th centuries. From the research in the archives of the Cathedral of Segovia, the Monastery of Escorial, and the Cathedral of Leon, among other archives along Spain, the group is recovering, with successive programs of concerts and recordings, all the richness of the Spanish vocal and instrumental music of the 17th century, which is still insufficiently studied compared to other periods. However, that was the century when the now called “Spanish music” was settled and reaffirmed, a musical style that we hear and instantly recognize by its great melodic expressiveness and rhythmic drive.

The programs presented by Capilla Jerónimo de Carrión collect unpublished works by the most outstanding masterful musicians from Segovia, and by other Spanish baroque composers, with special emphasis on Jeronimo de Carrion, great choirmaster of the Cathedral of Segovia, and Juan Hidalgo, favorite of King Felipe IV and the most important composer for the theater in collaboration with playwright Pedro Calderon de la Barca. In recent years, the group has expanded its repertoire just up to the beginning of classicism in the 18th century, with composers such as Juan Montón y Mallén, one of the most significant authors of the first period of the Spanish classical sacred music. 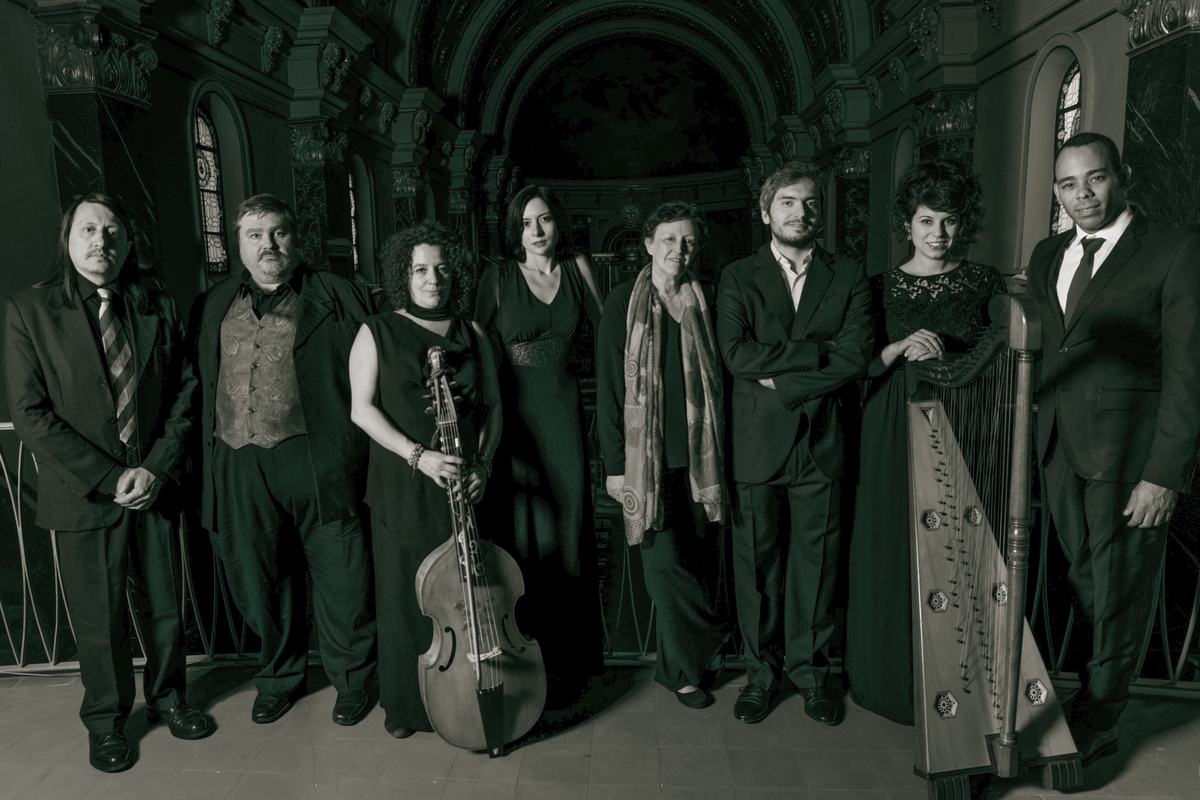 The four recordings made for VERSO label, “Calendas, el tiempo en las Catedrales”, “Ecos y afectos” (Prix Choc de la Musique), “Ah de los elementos” and “Alienta mortal, alienta”, show the exceptional achievements of the group. The critic highlights the quality and differential color of the vocal and instrumental ensemble, its authenticity and faithfulness, and the elegance way this completely unpublished repertoire is brought to light.

Alicia Lázaro is a pioneer in the work of research, music recovery and outreach of the music from the Spanish cathedral archives, as well as in the inclusion of early music in the theater performances. She studied at the Schola Cantorum Basiliensis with Eugen M. Dombois and Hopkinson Smith. As instrumentalist of vihuela, lute and baroque guitar, she has performed in Spain, Italy, France, Germany, Portugal, Venezuela and Brazil. As director, she has worked in Spain and Italy, devoting to the Spanish music of the 16th and 17th centuries, and she has performed and directed music for the theater.

Since 1997, she is the director of the Music Research Section of the Don Juan de Borbon Foundation in Segovia and of the Capilla Jerónimo de Carrión, with which she performs unknown music from the Cathedral of Segovia and other Spanish archives.

She has also been musical director at the National Classical Theatre Company and at the Nao d’Amores theatre company. Finalist for Best Musical Direction at the Max Theatre Awards 2010 and 2011, Prix Choc de la Musique in 2005 for her album “Ecos y Afectos”, and Agora Theater Award in 2004. Best Researcher Award 2014 and Best Conductor Award 2015 in GEMA Awards for Creativity and Innovation of Early Music.