Formed in 2001, the mandolin players Juan Carlos Muñoz and Mari Fe Pavón chose with their ensemble Artemandoline to go back to the original documents to establish the true pedigree of this incomparable family of plucked string instruments, searching out and reviving forgotten masterpieces of the mandolin repertory.

They have made a major contribution to launching a movement to encourage musical rigour along with freshness, spontaneity and a lively style. A better understanding of the compositions, closer study of the early treatises, the playing styles, the musical environment of the glorious era of the mandolin, leads to better appreciation of Baroque music, which itself became over time a mode of thought and action.

In a few short years, the ensemble has found its style, proved its instrumental quality, and thereby constituted a veritable identity. Artemandoline is now one of the foremost ensembles in the realm of historical performance practice on plucked strings. 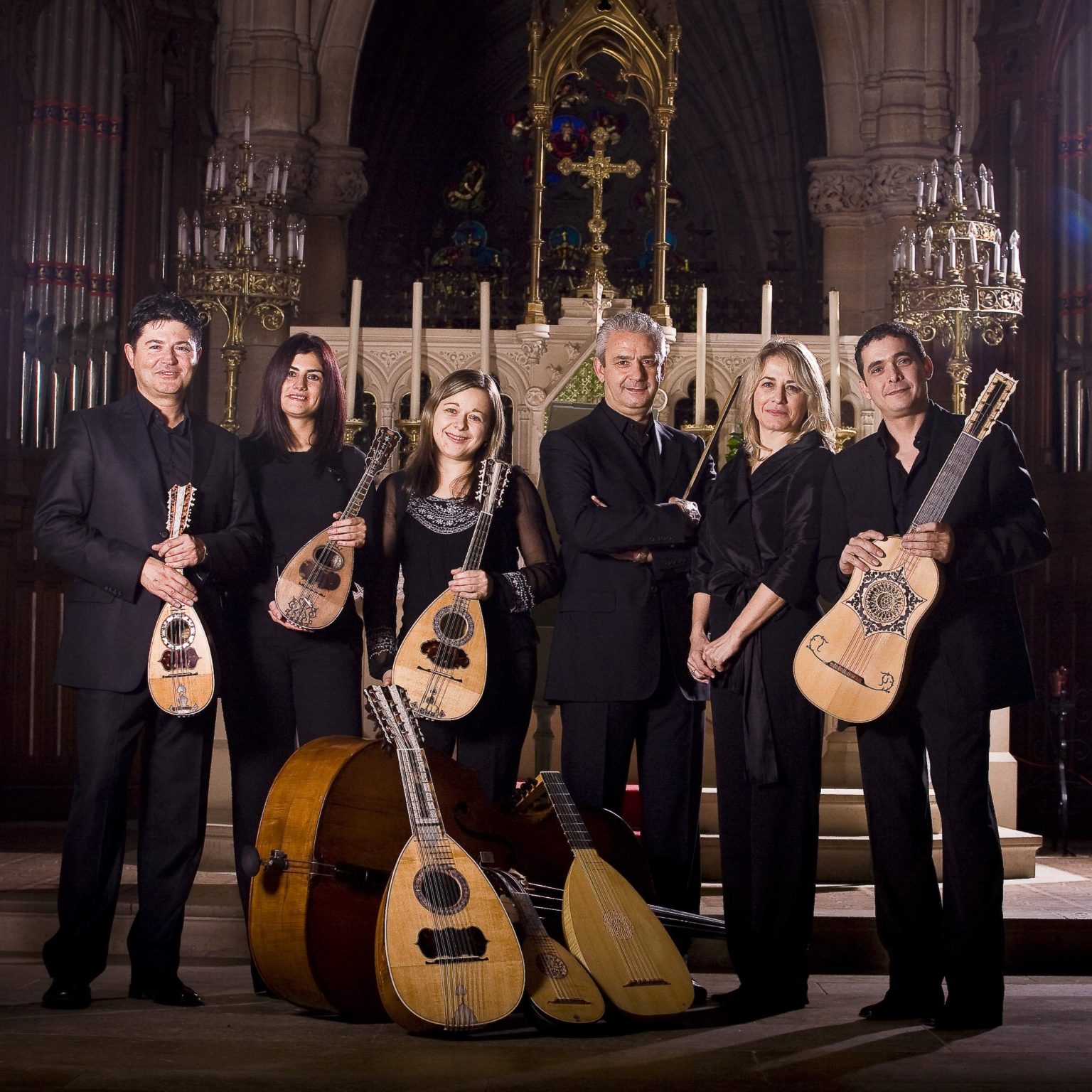 Very quickly awarded prizes by the critics and enthusiastically acclaimed by the public, Artemandoline’s performances always create new impulsions in the development of both the perception and the interpretation of the works of the seventeenth and eighteenth centuries. Its musicians dedicate their time and their talents to the revival of the mandolin on the musical scene, participating in the current expansion of interest in it all over the world through their conservatory teaching and masterclasses, their concerts, and their publications. Artemandoline is one of the pioneers in this domain, in which it has forged an international reputation.